As one of only a handful of Community run pubs around the UK, the Centurion takes pride of place in Vicars Cross and we want to make sure that it is always sparkling and clean for our lovely customers!

With that in mind we are now looking for a Cleaner to come join the team. With flexible hours, if you, or somebody you know is interested please contact Jamie on 07708 923359 to discuss the details.

Here in Vicars Cross, we love our community run local pub – The Centurion.

We love it so much we, collectively as a community, we brought it back from the brink of re-development and now celebrate it in all it’s glory – we’ve even sent a drone up to take aerial pics of it!

thezerocool22 (YouTube handle) has very beautifully shot video about our lovely pub which is now available for everybody to see.

Chartering the incredible community response to get the pub back up and running, the video is a truly great example of how people can really come together and make a difference.

For those who may not be fully aware of the Cenny’s story, the Centurion Pub is at the centre of the Vicars Cross Community and is very much part of its social and cultural heart. 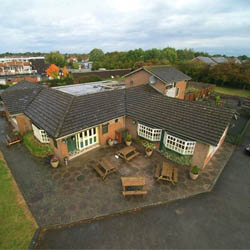 It is currently being operated by the Centurion Community Action Group Ltd under a 12 month lease arrangement from Admiral Taverns with the intention of it being purchased from Admiral by the end of the 12 months which is 8th September 2017.

With the Cenny celebrating it’s 50th birthday this year we thought you’d like to see how the valiant efforts of hundreds of community residents can transform a much loved local pub.

The recent addition of ‘Open The Box’ on Saturday evenings has proved to be a real winner at the Cenny. For those who are not familiar with the game, the idea is that you purchase a ticket for £1, all the tickets go in the hat and one is drawn. The lucky winner then has to choose from 12 keys, one of which opens a box full of cash.

Generally if the correct key is not picked and the box doesn’t open, the amount increases the following week and of course this only adds to the excitement as the prize builds.

Week 1 in the Cenny and the box started with £140. Unfortunately it was not won and the prize for week 2 increased to £165. Cue the drum roll and the ticket drawn belonged to Gaz Thomas, who was having a few drinks celebrating his mate’s birthday!

With £165 on the line, Gaz took his time picking a key (who can blame him!), but eventually settled on one. With a 1 in 11 chance of picking the winning key, Gaz took his chances and lo and behold the box opened much the sheer joy of Gaz and his mates as he picked up £165 for his trouble!

We’re delighted the Gaz scooped the prize and now we start all over again this Saturday with £50 in the box so if you think that you have to skill to pick the winning key and walk away with the cash, get yourself down to the Cenny on Saturday, buy your ticket for £1 and take your chances.

Your ticket also enters you in to our Play Your Cards Right game which was play on Saturday by Steve who unfortunately got stumped by the dreaded mid-level ‘7’ card so no win there which means that now rolls over and will be worth £40.

One of the great football rivalries of the North, Monday October 17th 2016 sees Liverpool FC take on Manchester United at Anfield as both teams battle it out to secure three points.

Liverpool are currently ahead in the Premier League, in 4th spot, but rivals Manchester United are hot on their heels and only three points behind them in 6th place. It’s all to play for as Jurgen takes on Jose in what is sure to be one of the best fixtures of the season.

So if it’s live football action with a fantastic atmosphere that you’re after then head over to the Cenny where Monday Madness will be in full swing.

Now that’s an offer you can’t refuse. Football, friends, cheap beer and a pie. Definitely the best way to spend a Monday evening!

The match kicks off at 8pm so get there early, bag your seat and get a slice of the action and of the pie!

Like plenty of homes, offices and community centres up and down the length of Britain, the Centurion Pub in Vicars Cross held a Macmillan Coffee Morning on Friday, September 30.

With cakes, buns and treats as far as the eye could see, it was a tremendous effort and a credit to the residents of Vicars Cross as well as our local businesses who all contributed to make the morning such a resounding success. 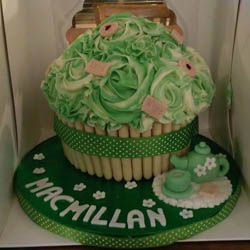 There was also an opportunity to win an amazing Macmillan cake which was created and generously donated by Lorraine Salisbury of White Blossom Therapy.

In all, £713 was raised for this exceptionally good cause and the committee are delighted to have been able to contribute to the ever growing Macmillan tally of £8,641,243, making it the world’s biggest coffee morning!

“The Centurion Public House is the heart of our community and is well known for its work for charities and good causes over the years.”

The prosecco was flowing at the grand reopening of The Centurion pub which was packed with customers and supporters as it launched as a community venue.

The Centurion Community Action Group (CCAG) saved the Vicars Cross pub from the bulldozer in a hard fought campaign.

Now the pub will be run by the community for the community on a 12-month lease with plans to purchase the building to secure its long term future.

Residents turned out in force on the opening night after CCAG chairman Trevor Jones had jokingly asked for the whole neighbourhood to go along.

Addressing those gathered on the PA system, he quipped: “I can only take full responsibility for that because I presume everybody’s read The Chronicle this week where I was asking for the whole of Vicars Cross to turn up and I think it looks at though you have.”

Trevor thanked a long list of supporters including city MP Chris Matheson, ward councillors Pam Hall and Keith Board, CAMRA, the Vicars Cross United Reformed Church and above all the community.

To a round of applause, he said: “The next group clearly has to be the Vicars Cross community. I’d like you to choose because I can’t, what their finest hour was and what their finest achievement was, because there’s a number of these.”

Trevor had earlier been greeted by CCAG vice chairman Bob Hindhaugh, who shook his hand warmly, saying: “We done it any way, mate.”

Bob told The Chronicle: “It’s brilliant. It’s quite sensational. We have won a major battle. We have got to where we are but we have still got a long way to go. This is what it’s all about.”

He thanked officers at Cheshire West and Chester Council and the Plunkett Foundation for their ongoing advice and financial support which meant The Centurion was the first pub to open under its ‘More than a pub’ scheme.

This mean the pub will aim to benefit the wider community by becoming a hub where groups can meet and even take part in training sessions, for example, seniors are hoping to get to grips with using an iPad.

We’re thrilled to offer a new selection of guest ales at The Centurion this month. We have sourced three fab ales for beer lovers. Trapper’s Hat Bitter from Brimstage Brewery, Session Beer from Spitting Feathers and the popular ‘Bitter’ from the local Brewery Weetwood Ales.

A refreshingly hoppy session beer. Gold coloured with a complex bouquet, it provides a mouthful of fruit zest, with hints of orange and grapefruit. This was our first brew and remains the most popular having won several awards.

The first beer Weetwoods brewed and still many people’s favourite Weetwood Ale. At a time when it was a struggle to find a decent pint of cask ale, this was the answer. Brewed with Maris Otter malt and a range of British hops to produce the rounded flavour and sharp bitterness of a classic British best bitter.

A golden session bitter. Traditional English malts and hops combine to make this a well balanced and satisfying beer.

Volunteers who saved a Chester pub from the bulldozer hope the public will get behind their alehouse as it reopens as a community venue this Friday (September 16).

Regulars doggedly fought off plans that would have seen the pub demolished, with a 64-bed care home built in its place, after successfully arguing the pub was not just a business but a vital social hub.

And The Centurion Community Action Group Ltd (CCAG) is grateful to Chester-based Admiral Taverns for then striking a deal on an initial 12-month lease to get the pub back up-and-running.